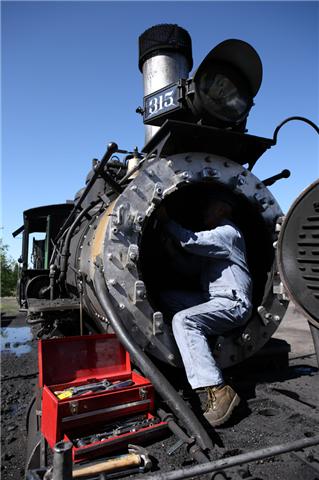 Although we had spent about 7 years restoring the 315, we discovered problems that have required more work, and each operating season seems to add more items to the list. 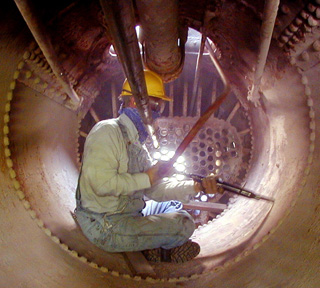 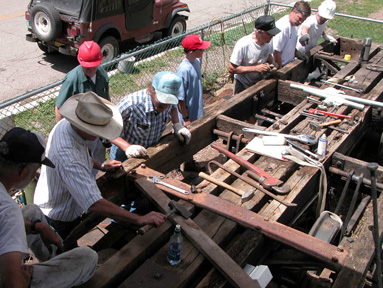 The boiler and frame sit on blocks in August 2005. The boiler grid is for ultrasonic testing. Wheel sets were taken to D&S shop for restoring. PHOTO; George Niederauer 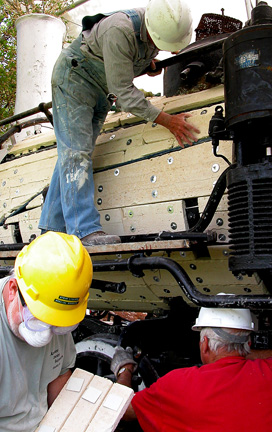 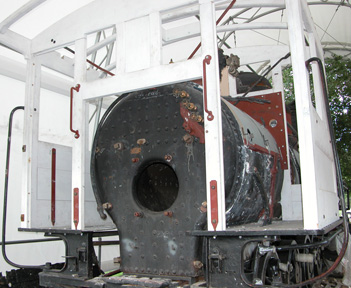 Cab structure bolts together and is held in place by strap bolts to the floor and braces to the boiler, August 2006. PHOTO;  George Niederauer 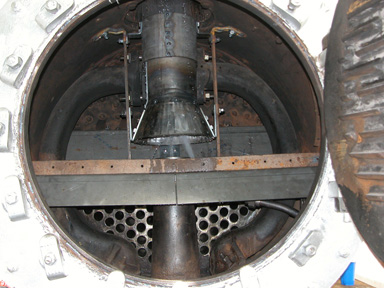 Restored interior of smokebox without the netting (screen) in July 2007.  PHOTO; George Niederauer