In the spring of 2015 we purchased two D&RGW refrigerator (reefer) car bodies in relatively sound condition because they were on blocks and under a building roof. We decided to restore Reefer 39 and to use the body of Reefer 54 for use as storage unit next to the Silverton Northern (SN) Engine House between it and our SN track west of the D&S Shenandoah Loop.

First, we had to prepare a path and resting location for the reefer body on the easterly side of the engine house. Many volunteers helped remove many piles of rail and track materials. Bill Alsup of Silverton brought his 20-ton crane to move heavy mining artifacts. Gene Lincoln brought his tractor from Delta to remove a fence post after the fence was cut and to move many smaller but still heavy rail frogs and guard rails. We hired a local contractor to build a short driveway ramp from 8th Street to ground level along the engine house.,/span>,/p>

With the tight space beside the engine house and the limited reach of Alsup’s crane for the 7-ton reefer body, we had lift the body off the trailer and place it short of its permanent location. We placed it on thick planks laid across the tops of a pair of 75# rails so we could slide it forward its permanent location. It will this rest on permanent ties near the front of the engine house. We plan to complete this move in early June 2016.,/span>,/p> 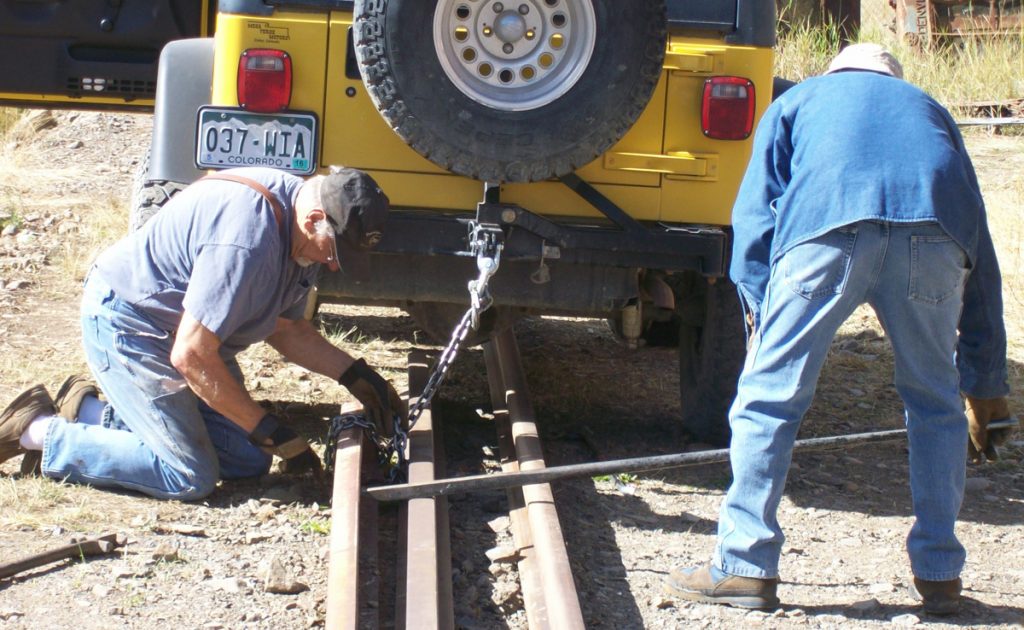 September 2015. Jerry Hoffer and Ron Schlueter chain a rail to Jerry’s Jeep to drag it to the reefer location.    Judy Schleuter 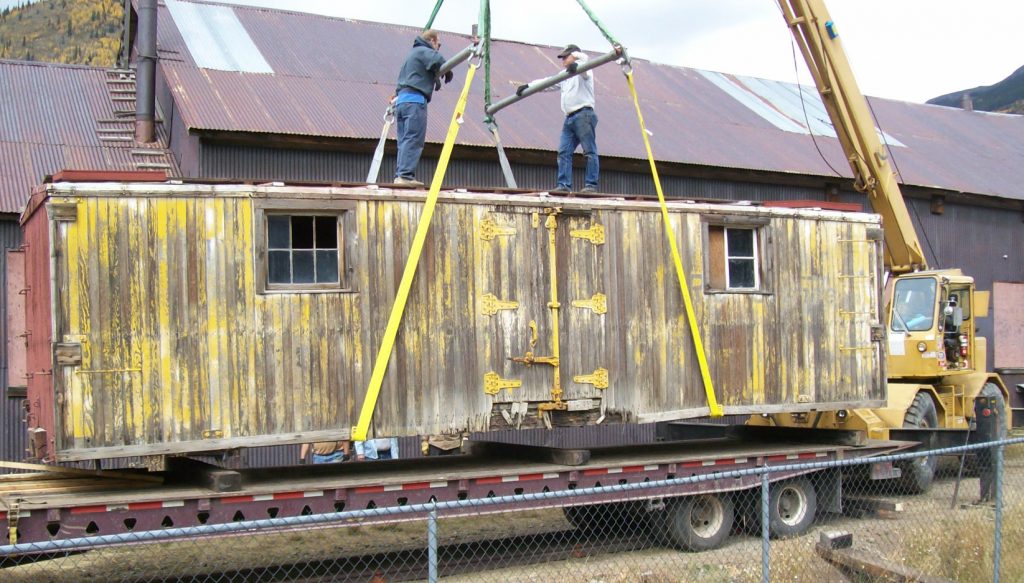 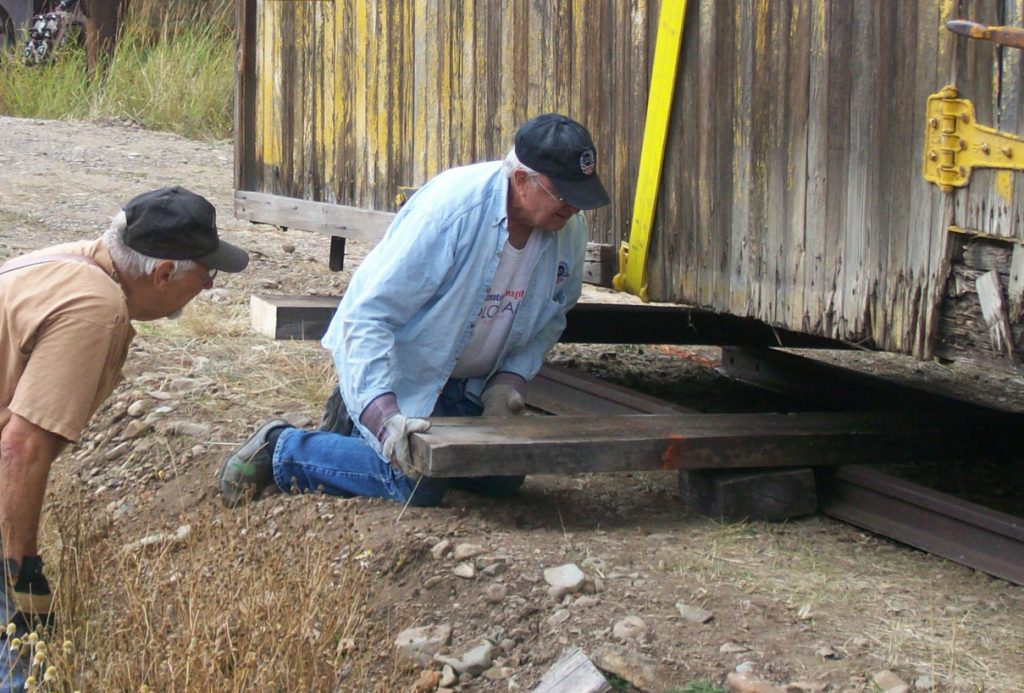