A TICKET TO TOMAHAWK

In August and September 1949 20th Century Fox filmed A Ticket to Tomahawk mainly in the Durango and Silverton area, followed by camp scenes at their Los Angeles studio. The star of the movie was the steam locomotive Emma Sweeny, played by the real steam locomotive RGS 20 in shots on tracks in Silverton, Animas Canyon, and on the old RGS trestle over Lightner Creek just west of Durango, with a full size model locomotive, built by studio craftsmen, standing in for scenes off the tracks at Silverton and Durango, on Molas Pass and in camp scenes at their studio. The real RGS 20 was restored and is located in the Colorado Railroad Museum at Golden. The model RGS 20 was restored and is located in Santa Rita Park at Durango.

Set in 1876, the movie is about getting a train and at least one paying passenger to the town of Tomahawk by a deadline a few days away to fulfill a contract and save the franchise. However, 40 miles of track are missing between Epitaph and Tomahawk, so the main structures of the engine and its tender are pulled over a mountain by a team of mules and many parts were removed and are carried by various means. A competing stagecoach line will do anything to prevent Emma Sweeny from arriving at Tomahawk before the deadline.

In 1960 the studio sold the model Emma Sweeny to a private party. The model was leased for use in the TV series Petticoat Junction and transformed into the Hooterville Cannonball. Later, Emma Sweeny was on public display in Oregon and California.

In March 1980 the model was donated to Amador County, California. It was renamed Amador Cannonball and displayed in a park at Jackson in Amador County. Many original parts were missing.

In April 2011 Amador County donated the model to the Durango Railroad Historical Society, which restored it during 2011–17 to its original movie appearance. Fortunately copies of studio drawings were found, allowing an accurate restoration. 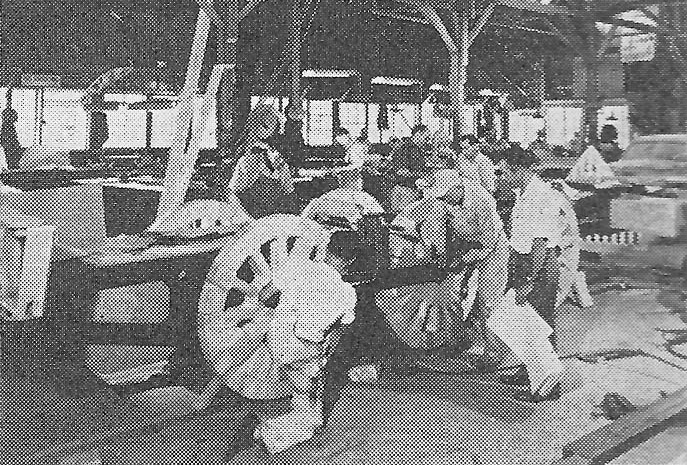 August 1949. One of the trailer loads of the partially assembled Emma Sweeny model and its parts arrives in Silverton for final assembly.

The model Emma Sweeny is ready to be pulled down Blair Street in Silverton by a team of twenty mules.

Filming with RGS 20 along the High Line in Animas Canyon. The flatcar holds the camera and its crew. Photo; Denver Public Library 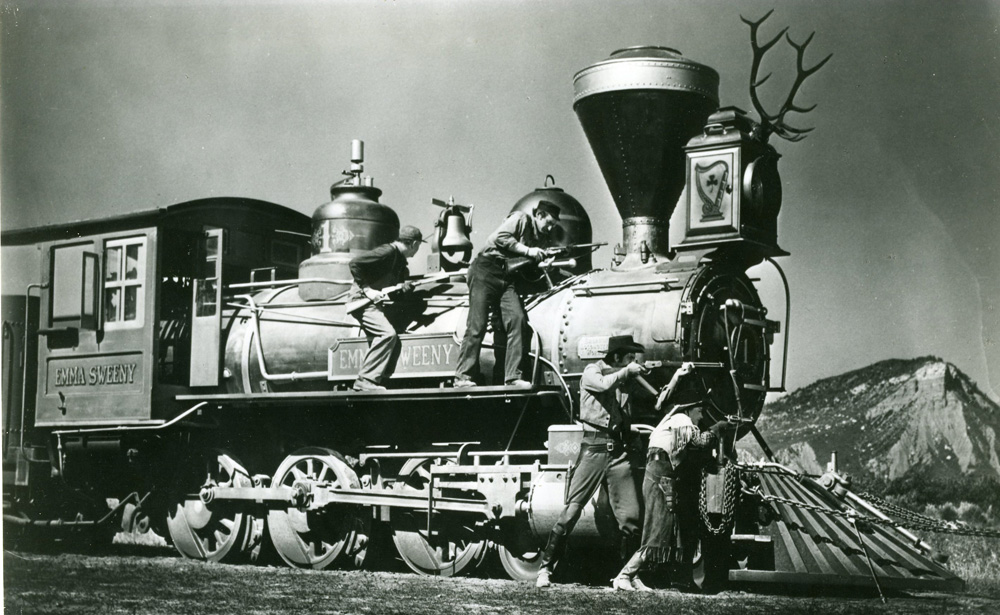