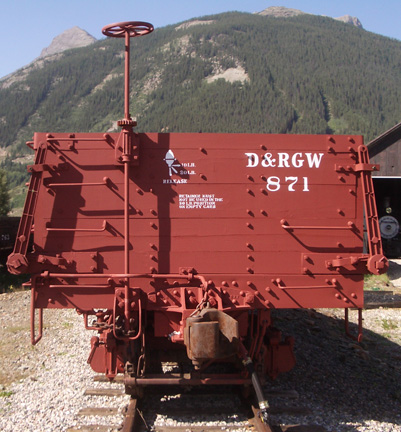 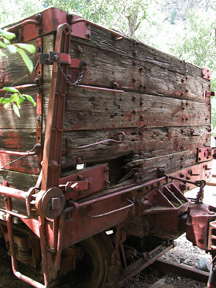 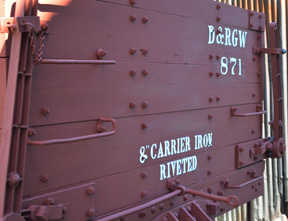 The old A end with a hole in the bottom plank, all planks generally deteriorated, and only traces of paint remaining, compared to the new A end with new wood, old hardware, painted as in late 1920s. 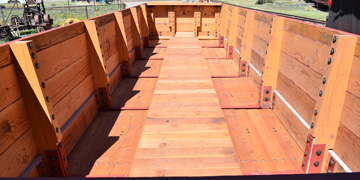 The old very deteriorated interior, compared with the new interior with all new wood and bolts, repaired brackets, and wood sealed for protection. 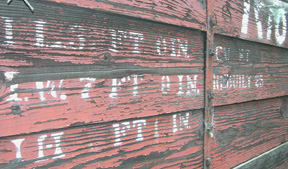 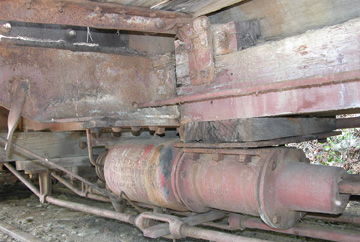 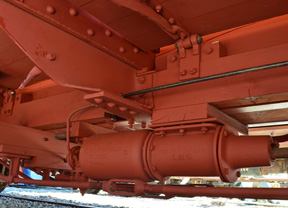 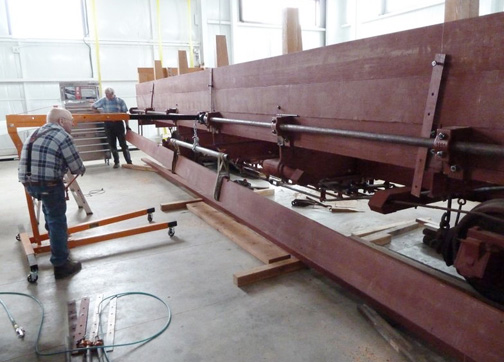 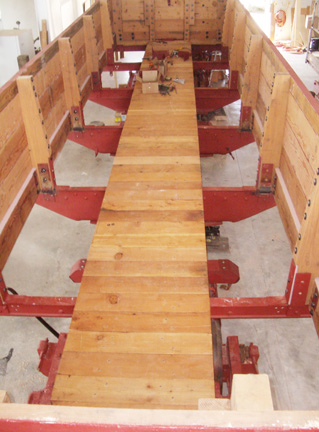 May 27, 2012. Greg Simpson sprays a light coat of white on stencils he made, then hand paints the letters. (Photo: Duane Danielson) 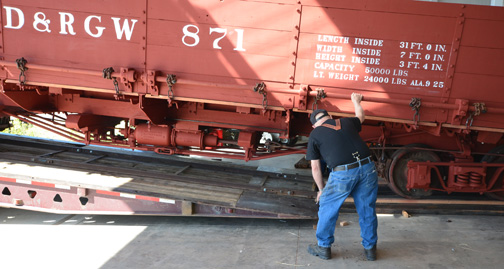 June 8, 2012. The gondola is chained down on the trailer, ready for the trip to Silverton. The end sign, 8″ CARRIER IRON RIVETED, was placed on cars after their wood center sills were replaced with steel channels during their rebuild in 1926. June 8, 2012. Ron Nott monitors the other side of the track as the rear truck approaches the junction of the wood 2 x 4 rails with the metal rails. (Photo: Stefan Niederauer) 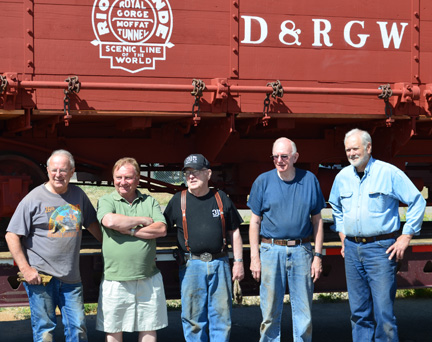 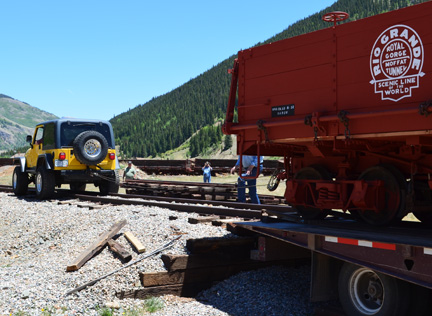 June 8, 2012. A vivid illustration of the contrast between the fully restored drop bottom gondola and the deteriorated bare frame of the high side gondola in front of the Silverton Northern engine house. (Photo: Stefan Niederauer).